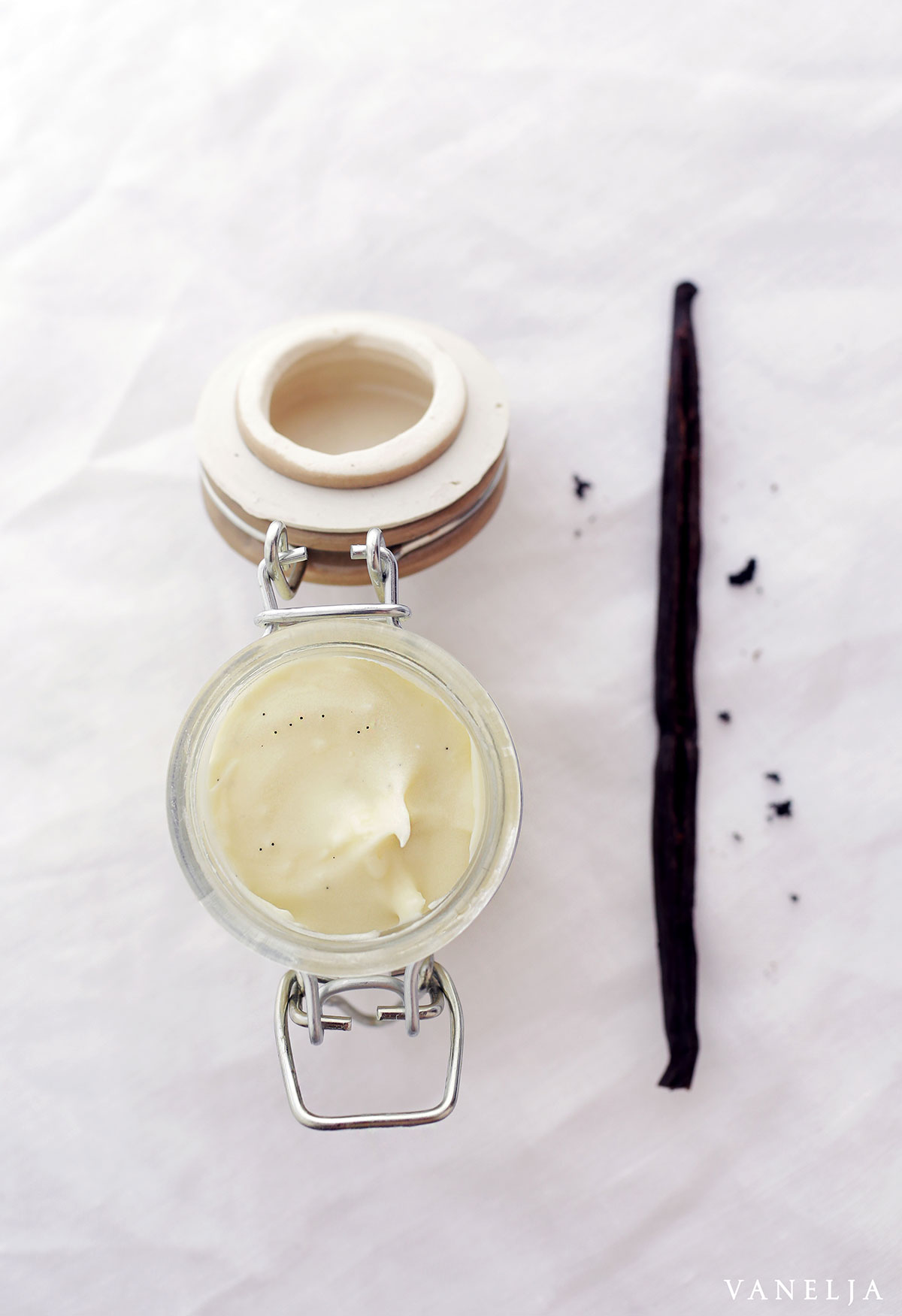 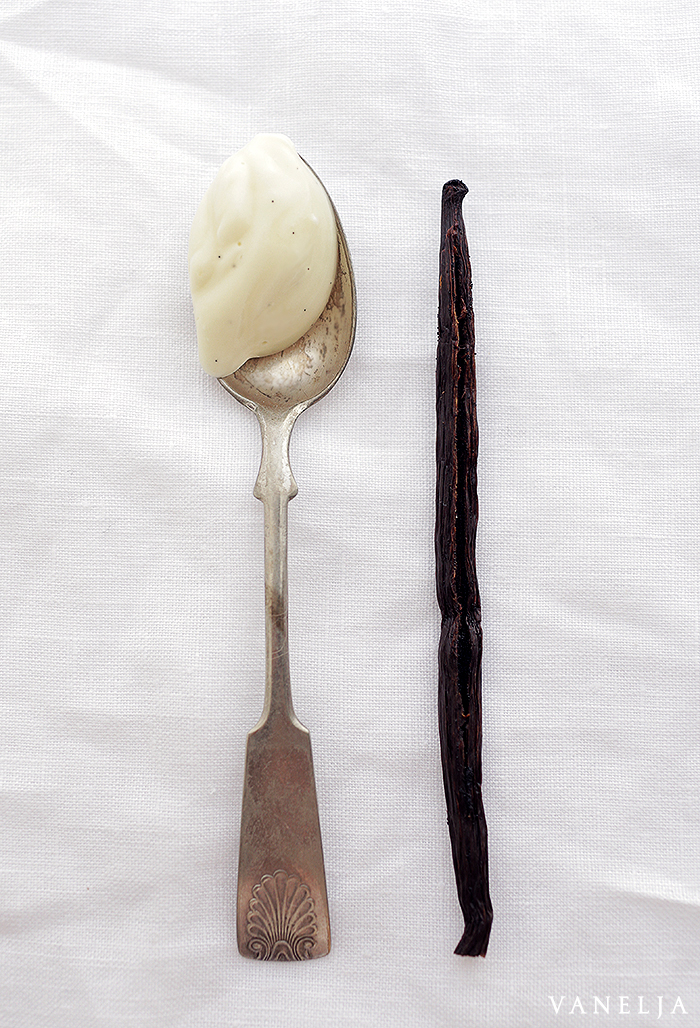 Make the fragrance oil: Put a vanilla bean into a small sealable bottle of almond oil and let it sit for 2-7 days. Take the bean out and use the oil as a fragrance.