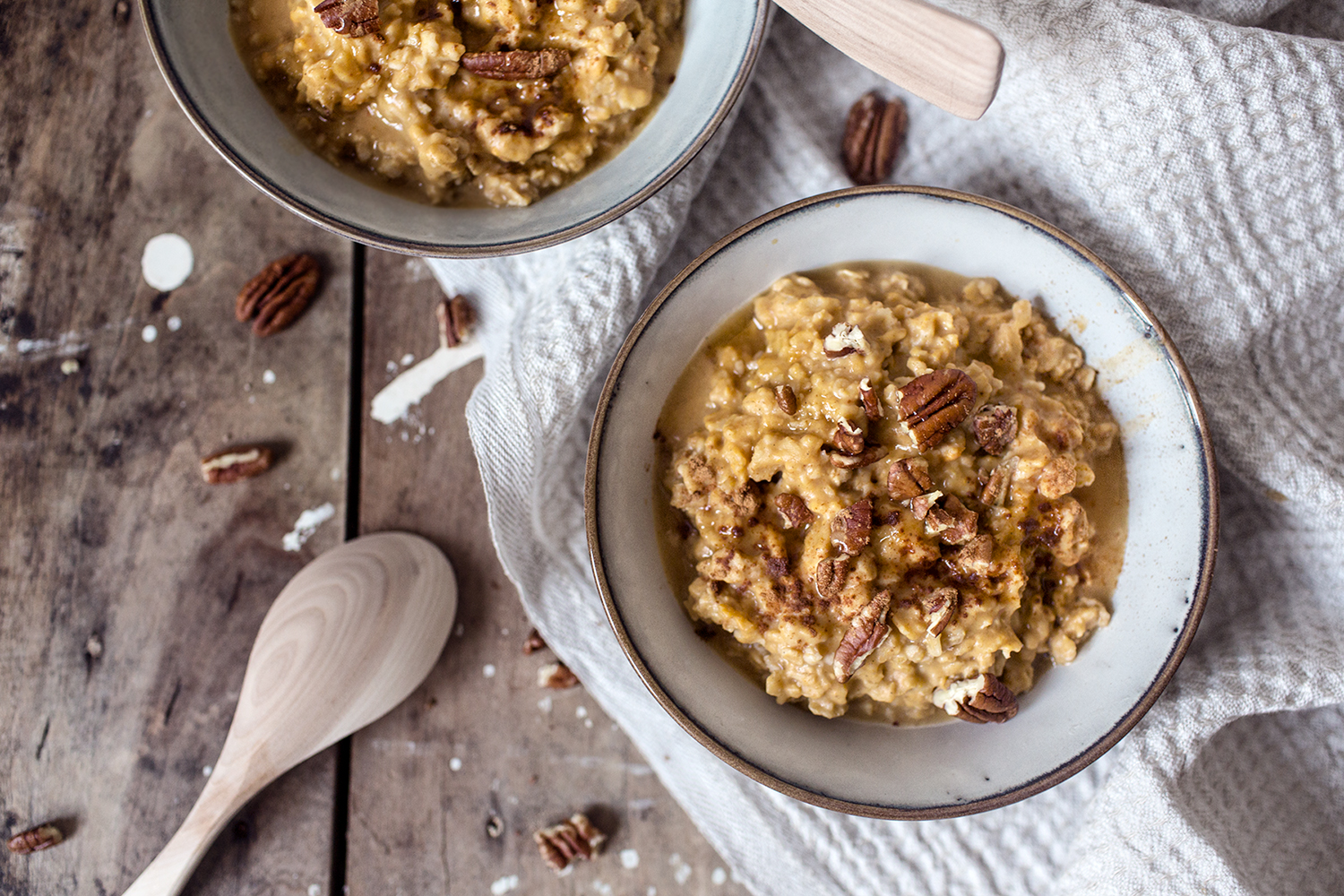 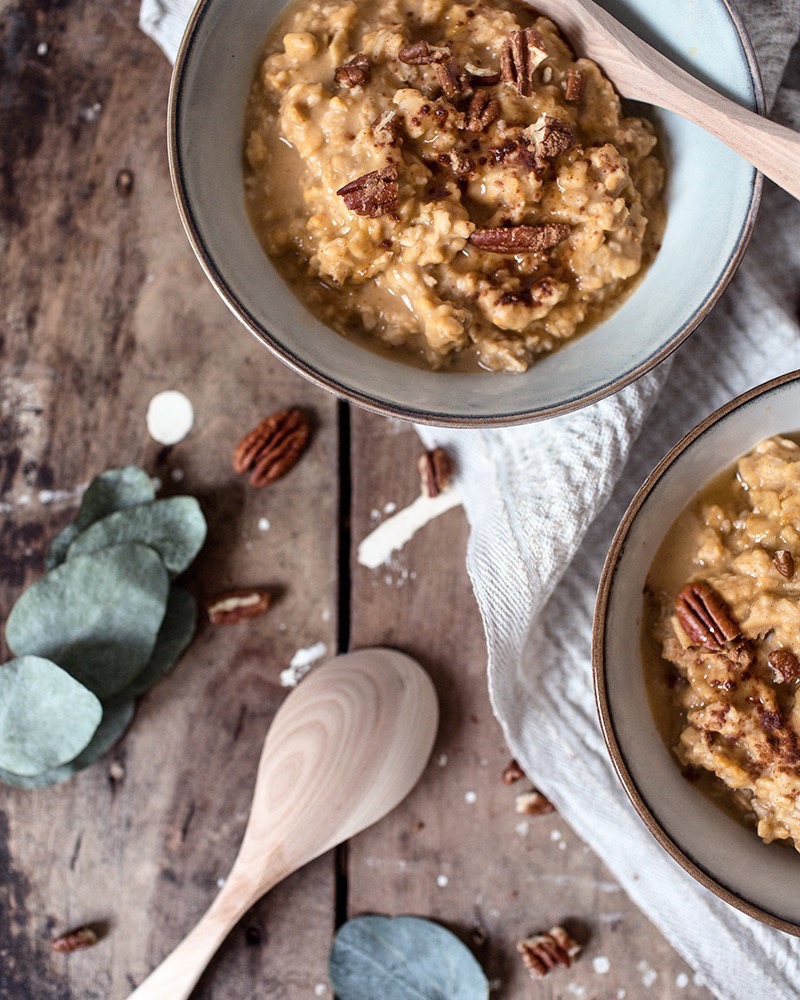 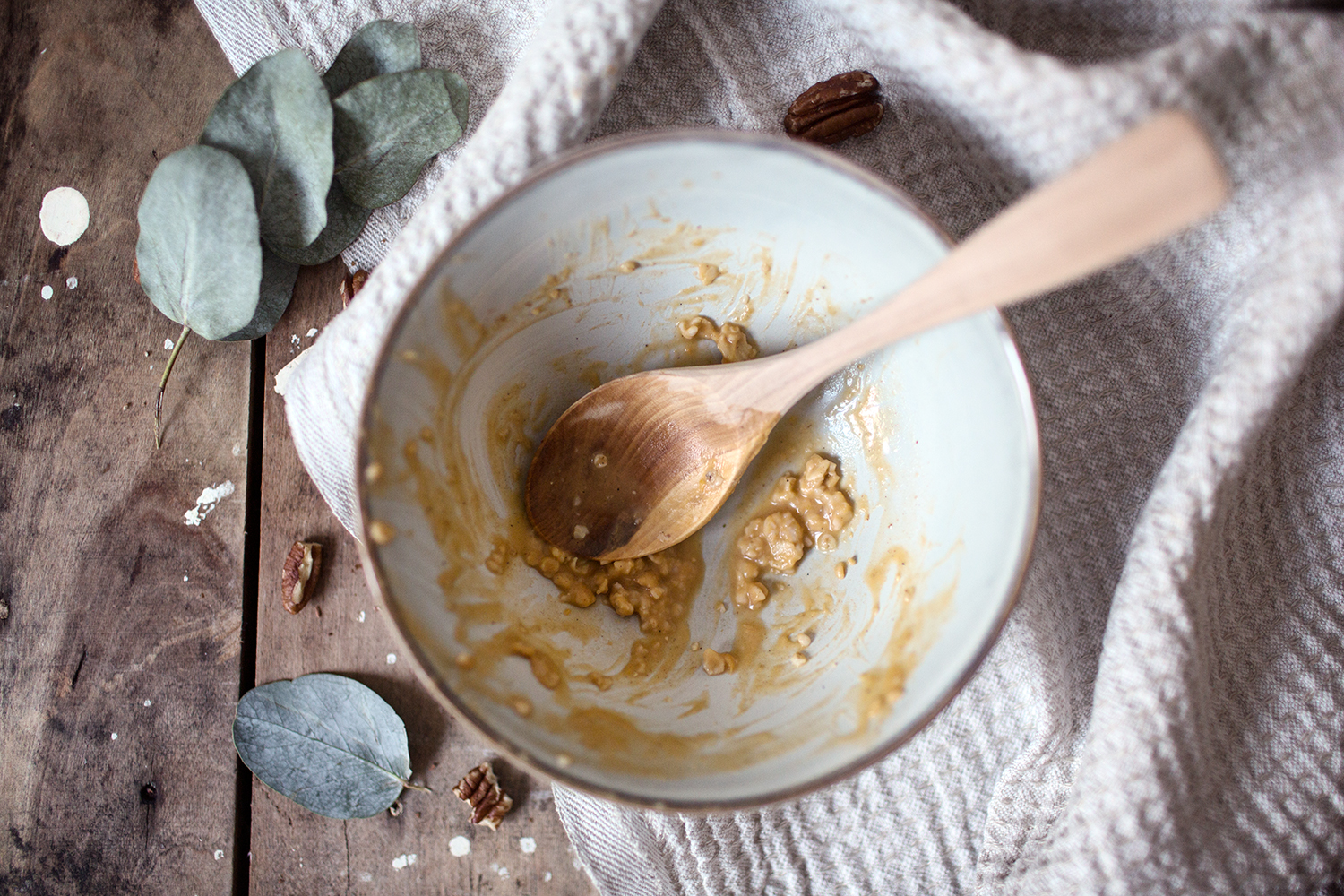 The most delicious porridge of the season combines oats and sweet potato with a dash of warm notes from cinnamon and cardamom. Highly nourishing.

Make the sweet potato puree: Peel the sweet potato and cut into small chunks. Steam until soft. Place the chunks to a blender and blend until smooth. Pour the oat milk and the sweet potato puree into a pot, bring up the heat and whip until mixed. Add spices and rolled oats. Cook for about 5 to 10 minutes, depending of the type of oats used. Serve with crushed pecan nuts, cinnamon and maple syrup. Enjoy!