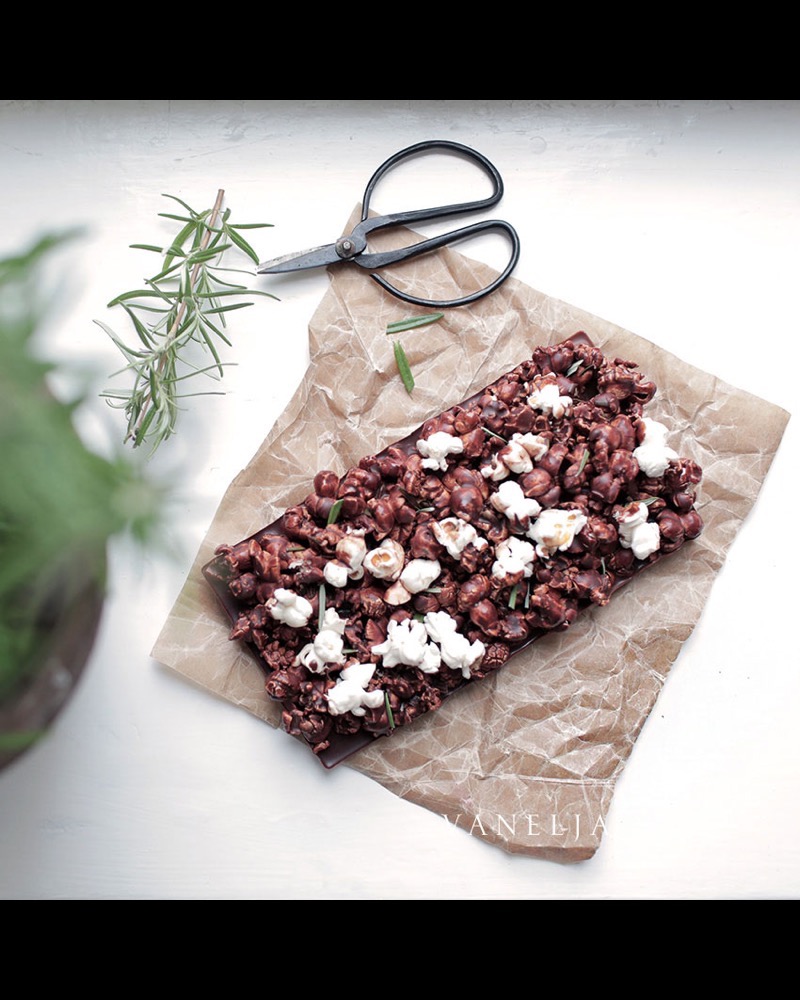 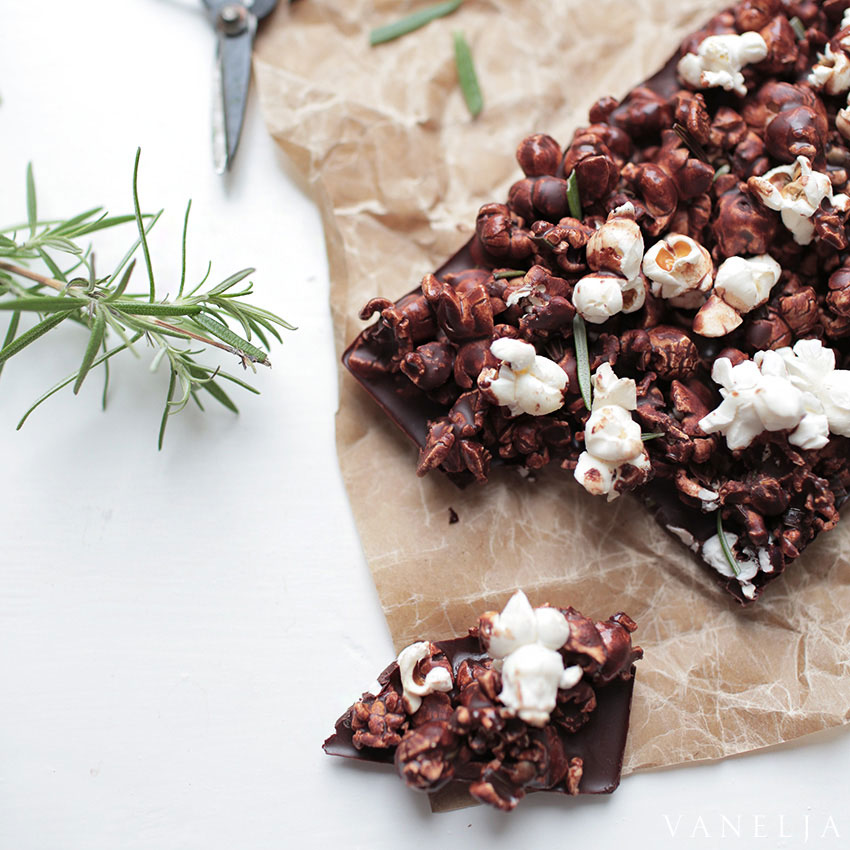 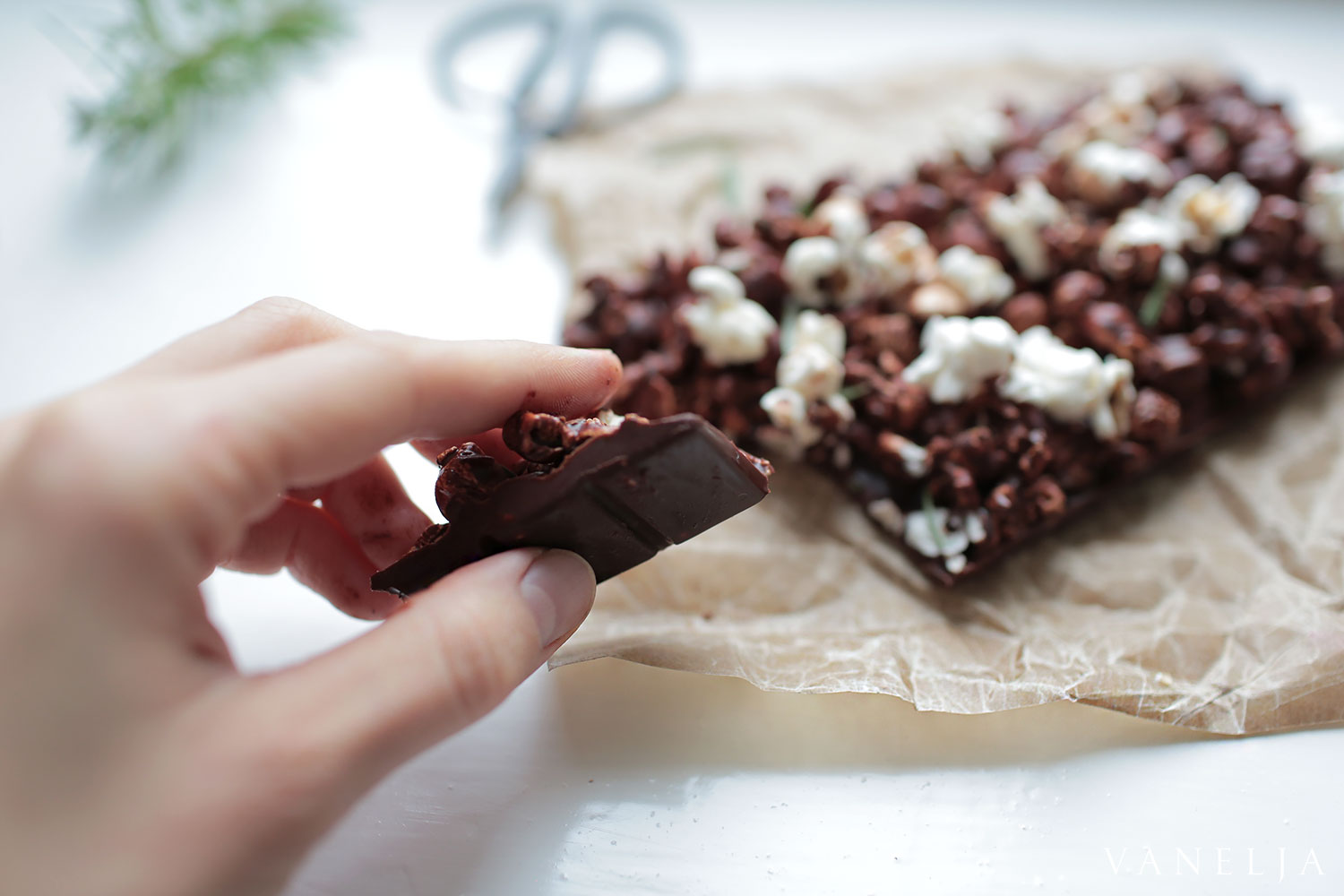 Add coconut oil into a large pot. Heat the oil, add the corn kernels and close the lid. Bake until all of the corn kernels are popped. Rock the boiler so that the grains do not burn. Add a pinch of sea salt. Prepare the chocolate mass.

Grate the cocoa mass into a heat-resistant bowl. Add coconut oil. Melt the mixture. Add honey, rosemary and salt. Taste and if necessary, add sweetness or some spices.