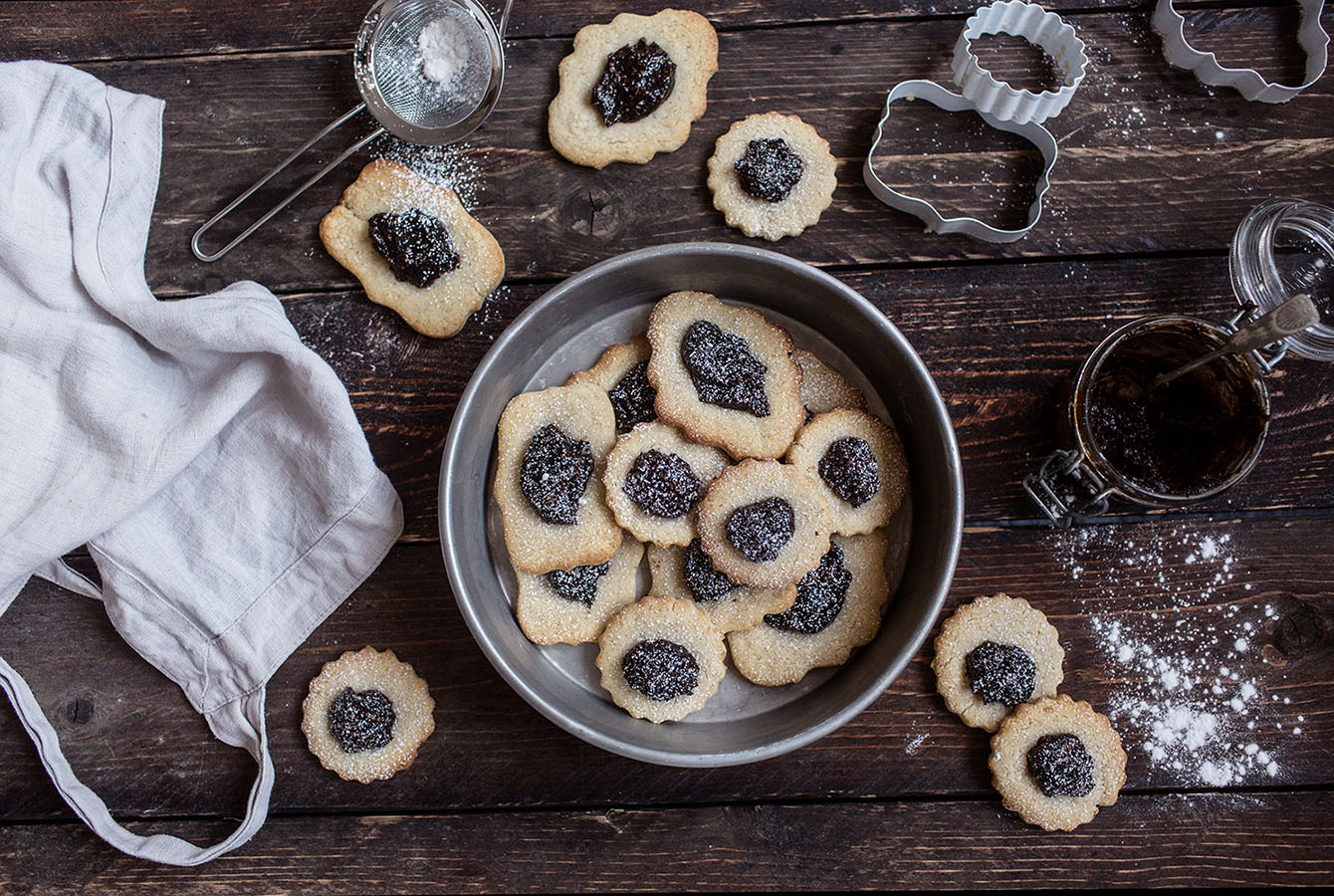 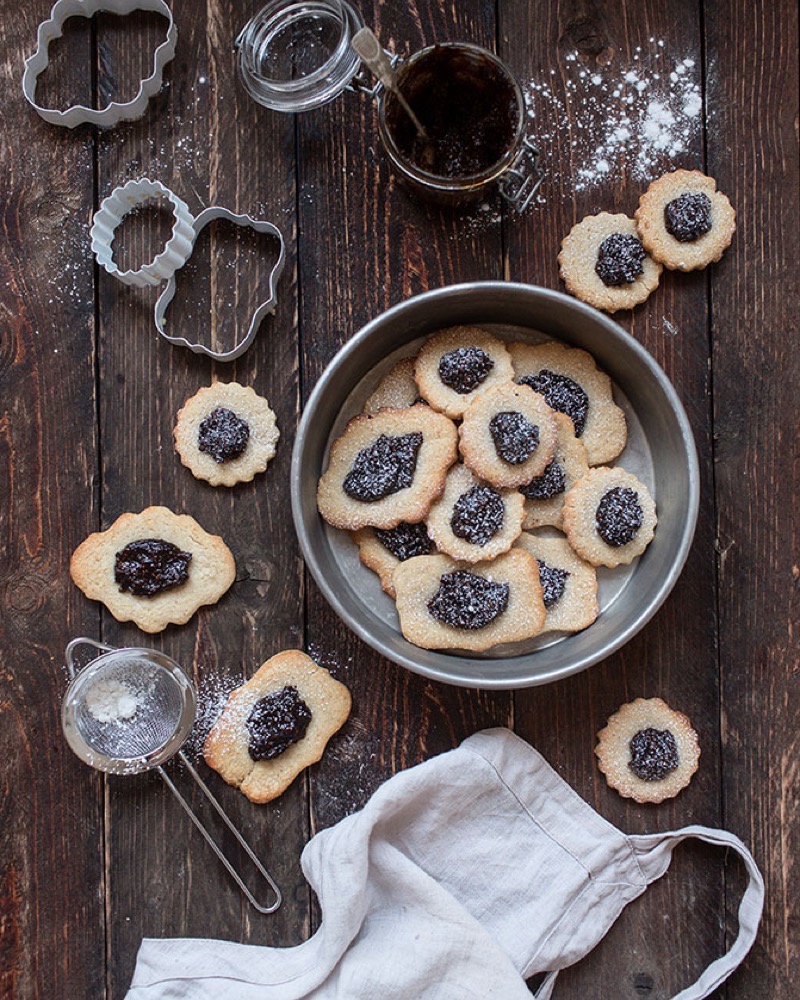 These delicious cookies were inspired by traditional Finnish Christmas mince pies. The plum jam is easily done with chia seeds and gets nice extra flavor from licorice root.

Mix flours and powders in the bowl. Cut the butter and allow to soften slightly at room temperature. Add with the flour mixture and pick the dough into crumbs. Add curd and egg and mix. Place the dough in the refrigerator for a couple of hours. (In the meantime prepare the plum jam)

Take small portions (about the size of your fist) from the dough and knead it slightly on a floured surface. (put the rest of the dough back in the fridge) Roll the dough piece into about 1 cm thick disk. Cut pieces with a cookie cutter. Add plum jam in the middle. Bake in middle of the oven for 10-15 minutes, until the tarts get a beautiful golden hue.

Apply plums, water and the spices into a tin. Bring to a boil, and then let simmer on a low heat for about 20 minutes. Remove the spices. Add licorice root powder among the plums and water and puree to smooth mixture. Spoon the puree in a glass jar, stir in chia seeds and leave the mixture to cool without cover for about an hour. Store in the refrigerator covered and use within a week.