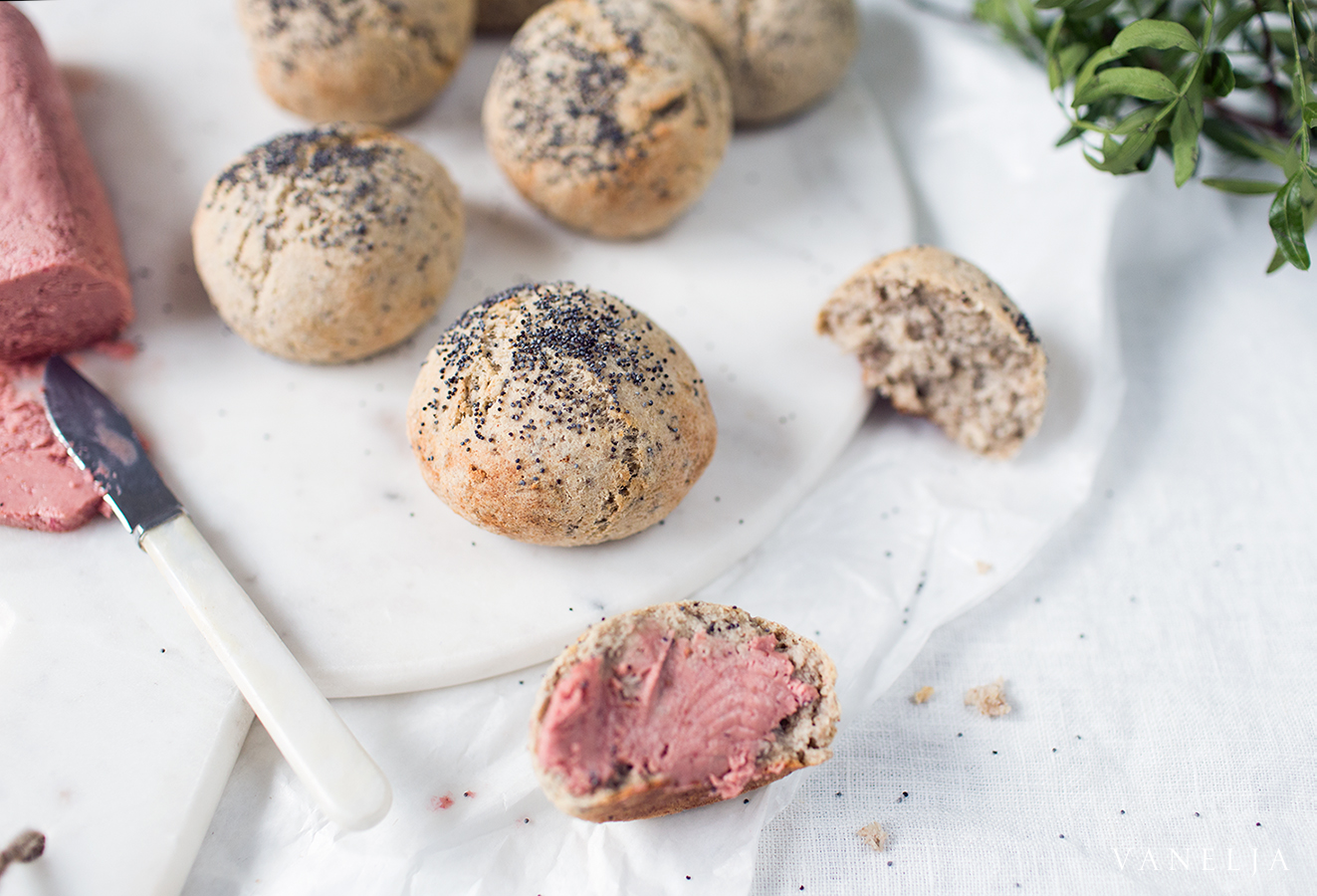 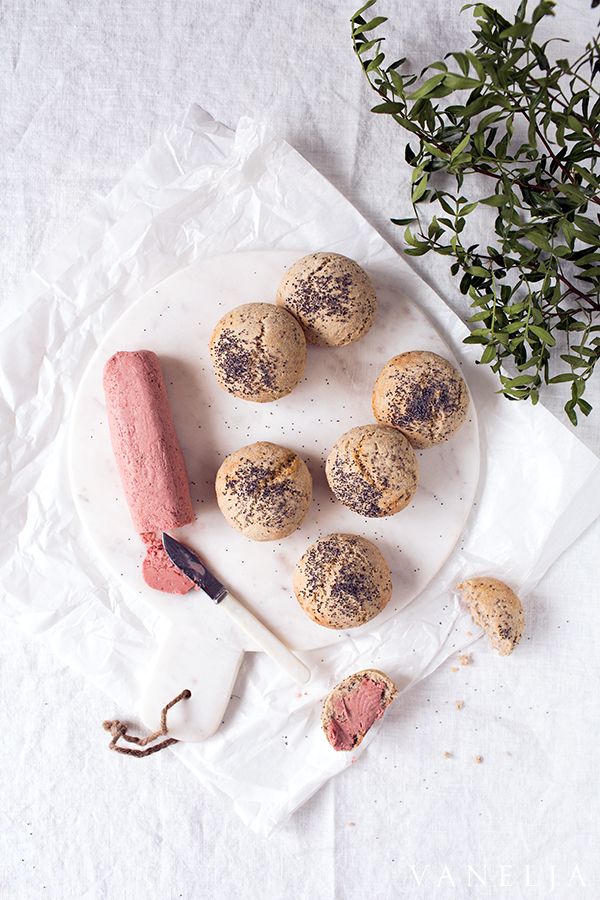 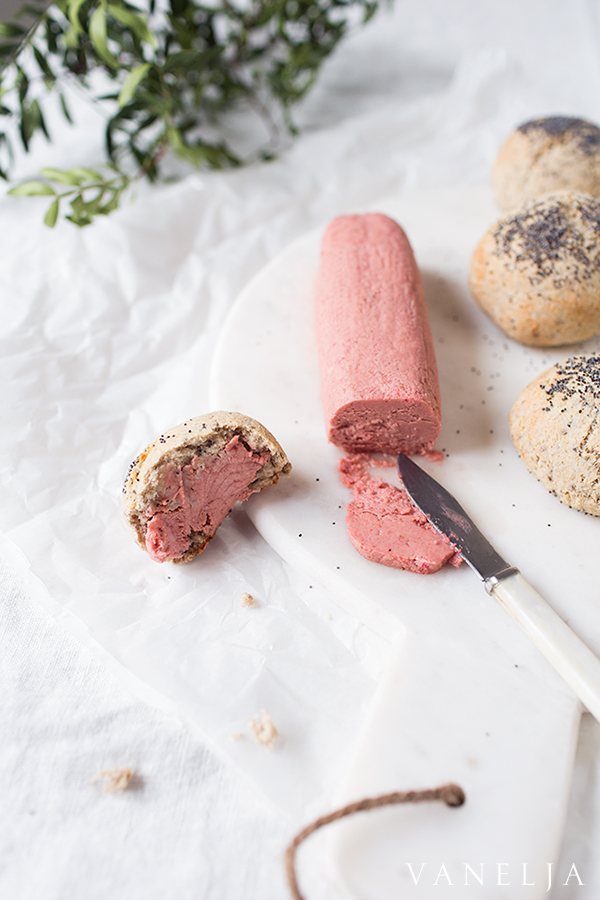 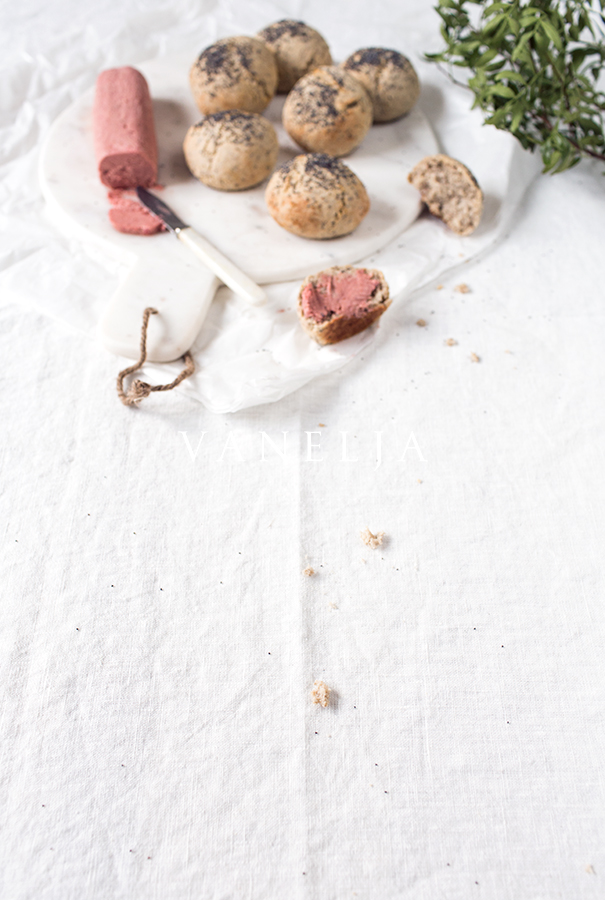 There was a time when I avoided all bread. It made me feel bloated and annoyed. Then came the time when I realised that the villain was gluten in breads, the reason for my misery. So I switched to gluten-free breads that you can buy from supermarkets. They tasted horrible. AND caused unpleasant feelings in my stomach. What followed was an ecstatic time period with raw foods and raw crackers. I felt awesome, but as time went by, the dry crackers started to stuck into my throat, metaphorically speaking.

From crackers I switched to home made gluten-free nut and seed breads that gave some ease to my bread-hunger. But hey, they don't compare to fluffy, tasty white bread. If anyone says anything other than that, they are fooling themselves and other people.

So what happened then, you might wonder. Well, as it usually goes in these kinds of stories, I had an enlightenment. I found the world of gluten-free and grain-free flours, powders and other natural additives. And after then, gluten-free baking felt like a dance!

My latest dance moves in that field happened last weekend: I baked these amazing heavenly fluffy poppy seed buns with chia seed gel and psyllium husk as the main binders. If you´re looking for a totally vegan recipe, you can switch the butter into coconut oil or some other oil you prefer!

This is an enter to a bread heaven. Especially enjoyed with this strawberry butter.

Btw, After the recipe, check out my best gluten-free baking tips!

Preheat the oven to 200 celcius degrees. Mix chia seeds and water in a small bowl and let it sit for about 15 minutes until you get a gel-like mixture. Mix almond flour, buckwheat, potato starch, baking powder and psyllium husk in a bowl. Add oat milk, melted butter and/or oil, chia gel, liquid honey and salt. Allow the dough to swell for a about 10 minutes. The dough should be soft, plump, like a yeast dough, not dry. If necessary, add some flour or liquid.

Take pieces of dough and roll them into balls and put them on a baking tray covered with a baking sheet. Sprinkle some poppy seeds on top. Bake the buns for about 25-30 minutes in center of the oven until they are slightly golden. Take out of the oven, serve and enjoy!

If you are using the freeze-dried strawberries, chop them first into a powder in a blender. Place all ingredients into a blender and blend until smooth thick paste. Line a small bowl with a plastic wrap and press the mixture tightly into a bowl with a spoon. Cover the bowl and let the cream cheese sit in the fridge overnight. In the morning make a ball or stick from the mass. Serve for example with breakfast buns. Store in the refrigerator in a sealable jar or wrapped with foil or plastic wrap.

Tasty and rich in fiber, just like many other gluten-free flours does not form starch by itself, so you´ll need to use some booster with it, for example baking powder and psyllium husk. Some almond meals/flours that you can find in stores are rougher and include almond shell. The rougher almond meals are full-fat, which means they do not bind as much moisture as the finer almond meals.

Slightly sweet coconut flour is one of my favorites. Coconut flour swells in liquids, so you need it less than half of so called normal flour.

Different kinds of nut flours can be used to provide a variety of taste nuances. They are mainly best used with other flours. You can prepare nut and almond flour yourself by grinding the nuts in an effective blender. Beware, however, not to blend too much so that the flour does not transform into nut butter, which, too, is certainly an excellent ingredient in baking!

Gluten-free oat flour is created easily at home by grinding gluten-free oatmeal in a blender. Oatmeal has a great viscosity, but the dough can easily become too slimy. Use alongside with other flours, psyllium husk and xanthan.

The powder made of the ground seeds swells in liquid. It brings about thickness to gluten-free dough and facilitates processing. Perfect for almond or coconut flour, for example! When using psyllium, the amount of flour should be reduced about 10-30%. You should test different marks because the quality and thereby the result may vary a lot.

A polysaccharide powder derived from a bacteria called Xanthomonas Camestr is in a fermentation process gives thickness and fluffiness. Fits well with cakes and biscuits when mixed with flours.

The mild-flavored tapioca powder is obtained from cassava root. It gives pastry lusciousness and structure, and can also be used to thicken.

Flax meal or chia seeds used with liquid combine to a gel that works well as the binding agent in baking. Use flax meal or chia seeds as they are or finely chop the flax seeds, whisk about 1 tablespoon seeds/meal and 3 tablespoons water, and keep the mixture in the refrigerator for 15 minutes. This will give you the so-called flax egg, which can be used to replace the egg in many recipes.

You may also try ripe banana, peanut butter, soy protein and agar agar to give viscosity to your gluten-free dough!

– Golden rising tip: Add to the pattern a little more baking powder and something acidic, such as lemon juice or apple cider vinegar. This way you get beautifully risen pastries.

– Gluten-free doughs can easily glue to your hands. Oiling your hands will make them easier to process.

– Experiment boldly a variety of gluten-free flours to find your favorite and to learn how different flours behave and what kind of recipes each isbest suited for.